What will I learn on the yoga teacher training course?

Learn how to confidently teach and practice Asana, Pranayama, Kriya, Chanting, Mantra and Meditation as well as modifications for injuries and posture adjustments or assists.

Learn how to give hands on assists. Allie and the team are yoga teachers who have an in depth knowledge of assisting. We believe the time we dedicate to teaching you physical assists on our syllabus is what sets our course apart from many other 200 hour yoga teacher trainings. You will learn how to safely and confidently assist different bodies throughout a 90 minute sequence, enabling you to become a confident and skilled teacher.

Explore the principles of demonstration, observation, assisting/adjusting, instruction, teaching styles, sequencing classes, the ethics and qualities of a teacher, the students process of learning and the business of setting up as a yoga teacher. Though our history at yogahaven is mainly hot, you will learn a complete sequence suitable to teach in many environments from corporate classes, privates and gyms to hot studios and of course non - hot studios too.

Study practical anatomy and physiology and delve into the energetic concepts of the Subtle Body such as Chakras and Nadis. Learn the practical application of these systems with the benefits as well as the contraindications of postures for injuries and different students, with options for modifications.

Yoga Philosophy and Ethics for a Yoga Teacher

Want to learn more about becoming a teacher and what its like to embark on our 200-hour teacher training course?
Sign up for our FREE webinar

How much does yoga teacher training cost?

We aim to keep our fees reasonable, great value and manageable for people from all walks of life. We ask for £850 non-refundable deposit. The remaining course cost is due 6 week prior to the start date of the course. If you would like to speak to us about a Pay-As-You-Go payment plan please do get in touch.

This course isn’t open for applications yet 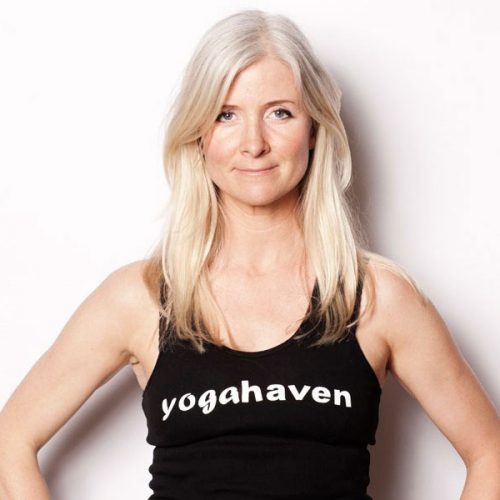 “And though she be but little, she is fierce” - A Midsummer Night’s Dream, Shakespeare

Allie Hill is the founder of yogahaven and the director of our Teacher Training course, an 800hr RYT teacher with studies in Bikram and Jivamukti Yoga styles as well as being a yoga hero to over 500 trained yoga teachers across the globe. Though she is a petite-sized person, her heart and ambition are super-sized.

Allie began teaching full-time in 2001 and has since taught thousands upon thousands of students, including Premier League football clubs Aston Villa and Tottenham Hotspur. Yoga is the perfect balance for any lifestyle or athletic discipline, as Allie herself knows - she loves adventures, snowboarding, has run both the London and Berlin marathons as well as participating in Triathlons. Putting all that energy to good use, Allie took on Mount Kilimanjaro and raised £3,500 for charity. Allie is also proudly a brand Ambassador for athletic apparel company lululemon athletica.

The first yogahaven studio was opened in Brighton in 2003. In just over a decade an amazing family of six Hot Yoga studios across the UK grew with a wonderful, vibrant yoga community surrounding it due to Allie’s down to earth, fun and encouraging nature.

In 2014, yogahaven became Carbon Neutral - a massive undertaking with six studios but an ethical project dear to Allie’s heart. As an environmental and spiritual activist, financially supporting sustainable energy projects around the world felt like the perfect way to stay true to her yogi roots as well as helping raise awareness of vegetarianism and environmental issues through yoga and special community events and fundraisers.

Her list of personal teaching accreditations is impressive, knowing that the best teachers continue to be students themselves. Originally training in Bikram, Allie has since trained in Jivamukti Yoga and other styles along the way , She is a certified Ante-natal teacher and has completed a foundation course in Yoga Therapy with the Bio-medical Trust in London.

Allie will be present for the first week on each training and on the final weekend module of the 200hr yogahaven Teacher Training. 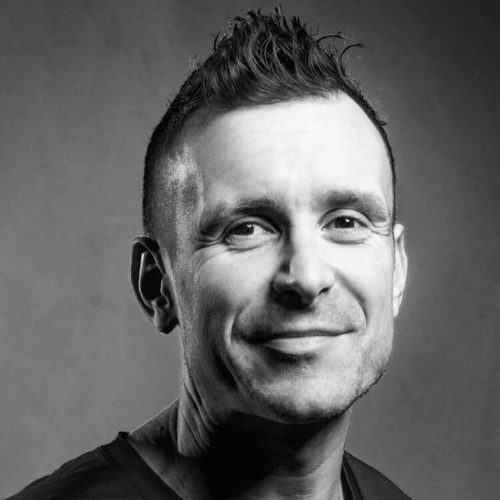 Dan is an osteopath, anatomy geek and insatiable movement omnivore. He has learnt from some of the best minds in biomechanical and musculoskeletal understanding and has fused this knowledge with osteopathic philosophy in order to provide a treatment and training style that he has found to be quite simply incredibly powerful.

He has chosen to adopt osteopathic techniques, Anatomy in Motion movement understanding and Neuro Kinetic therapy protocols, but above all believes that this must then be integrated back into human movement to enable people to truly find the potential lying within in their own skins.

He was a professional dancer, touring with the show Stomp for over 7 years and experienced first hand what it was like to suffer chronic injuries. Dan's passion is to work with people in similar situations who feel that pain is preventing them from living life and enjoying exercise and to facilitate their journey back to pain free peak performance.

Dan is our anatomy guru on our 200hour yoga teacher training course and will be present for the weekend modules. 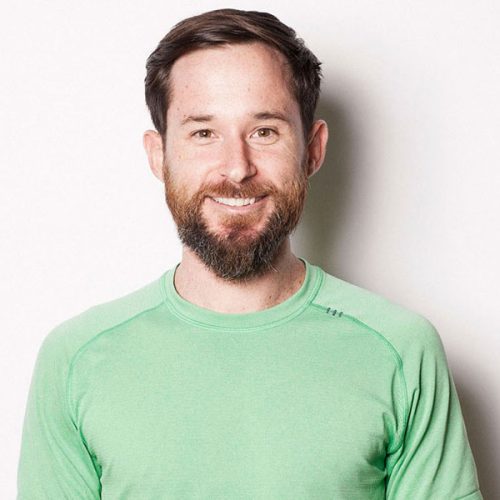 Stewart is a graduate of the yogahaven 200 hour yoga teacher training and teaches regularly at all the yogahaven London Studios, as well as running retreats and workshops in the UK and internationally. He first discovered yoga at Drama School in 2007 where he was inspired by the impact that conscience breathing had on his performance anxiety. This led to his inquiry into many different methods of Hatha yoga and interest in philosophy and ancient yogic texts.

Since training with yogahaven, he has gained his 300 hour Jivamukti yoga teacher training certification with his teachers, Sharon Gannon and David Life. Stewart has an interest in the practice of Yin yoga and the benefits that can be gained by complimenting this with a more dynamic practice.

Stewart assists Allie and is a mentor to students on the yogahaven teacher trainings. 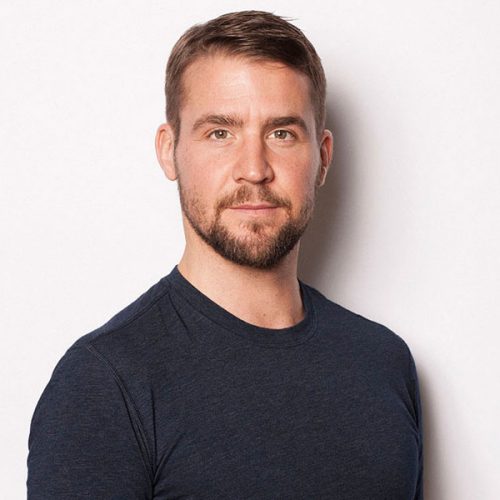 Leon is proud to be part of the BBC Sports Olympic coverage, a sought-after professional speaker, conference host, workshop facilitator and a published author.

A competitive diving career of over 20 years and training up to 7 hours a day 6 days a week took its toll on his body. Under medical advise, he stopped diving and turned to yoga in an attempt to heal his broken body.

Within six months of practising almost daily, primarily in the hot room, he managed to gradually transform and stabilise his injured body. He has been teaching regularly since 2009 and completed the yogahaven training in January 2010.

Leon thrives on helping people improve and brings his wealth of experience as a coach to the yoga training. Offering students a deeper insight into the psychology of performance and how they can apply it. 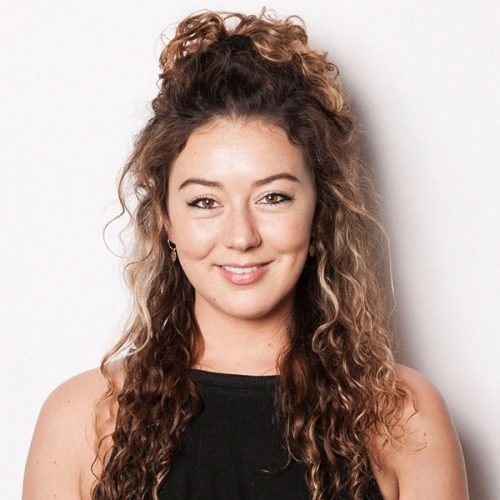 Tess has been practicing yoga for over 10 years and comes from a background of gymnastics, she later went on to train in acting at drama school. Since then, regular practice has become part of her life as a way to sustain a connection with her body and breath. Tess’ aim as a yoga teacher is to encourage others to find stillness, connection and focus whilst having fun flowing, balancing and flying on their mats.

Fact: Tessa used to travel to school on a horse and cart in Pakistan

Dislikes: Changing the duvet cover on her own

All of our teachers are passionate practitioners. They have all undergone intensive training, through our unique teacher training course and are fully certified to teach you hot yoga. The training is run by yogahaven founder Allie Hill, a renown and respected teacher in the UK’s yoga industry.

Our friendly teachers are here to guide you through your practice and answer any questions you may have about specific poses. Please feel free to speak to the teacher after class if you have any questions, concerns or simply want to chat yoga! 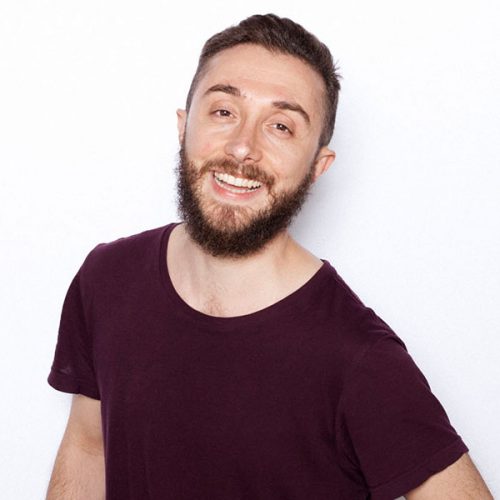 First exposed to the practice of yoga during his postgraduate studies in cardiovascular science, Joe was instantly drawn to its uplifting effects and healing benefits. Upon completion of his teacher training with yogahaven, Joe left the hustle and bustle of the corporate world in the city to teach yoga full time in 2015. His vinyasa and hatha flow yoga classes are praised for their creativity, accessibility, dynamic nature, and inclusion of funky postures. He also loves a good chanting session! Joe can be found teaching at all three yogahaven studios in London, which comprise his yoga community and represent an endless source of inspiration for him.

Fact: Joe is a keen harpsichord and harmonium player

Likes: most music composed between 1600-1800…Beyonce is fab and all, but Bach did it better!

All of our teachers are passionate practitioners. They have all undergone intensive training, through our unique teacher training course and are fully certified to teach you hot yoga. The training is run by yogahaven founder Allie Hill, a renown and respected teacher in the UK’s yoga industry.

Our friendly teachers are here to guide you through your practice and answer any questions you may have about specific poses. Please feel free to speak to the teacher after class if you have any questions, concerns or simply want to chat yoga!

Thanks! We will be in touch shortly!

Thank you getting touch! Allie will be in touch within 72 hours.  If you do not hear from Allie within this time please check your spam folder, or email Allie directly on allie@teachingyoga.co.uk.

Thanks! Your teacher training application has been sent!

Thank you for applying for our teacher training! Allie will be reading through your application and will email you within 72 hours. If you do not hear from Allie within this time please check your spam folder, or email Allie directly on allie@teachingyoga.co.uk.